So what is the attraction to Top Gun over time?

This movie is very attractive is you are about 18 or inspired to serve a great cause. Basically, Pete Michell, played by Tom Cruise, is challenged to be the best fighter in a special dog fight school called top gun for the elite fighter pilots. He is haunted by the cover-up of his father’s dog fight during Vietnam, which tarnishes his record. Pete has to deal with his best friend, who is just trying to make a career of flying without being disqualified. In the end Pete has to live up to his friend Goose dying accidentally and eventually become the best of the best.

Does this movie encourage rape in the armed services?

There is a suggestive scene that the armed services pusuit the women into the lady’s room as established protocol to seduce them. Although completely harmless, you could see some guys getting the wrong impressive from the film scene.

How realistic was the Top Gun movie?

Looking at the digest of various critics, the basics of the flight simulation were real, but some of the tactics like the fly by the deck and diving below 10k would just get you disqualified from the course completely. Likely, that was added for drama in the film since Maverick is a maverick.

Do most fighters fly planes or drones nowadays?

The US airforce estimates that they will need actual fighter pilots for another 30 years. That said there is a high demand for drone pilots and now they have minimal real flight training on Cesnas before training on drones.

When did the drone program get its start?

They actually go back to 1915, but were small planes only. In 1960, when Francis Power secret U-2 was shot down over the USSR, then the drone program started in earnest. By 1973, Israel had adapted drones for the Yom Kippur War. By 2008, the US airforce had over 5000 drones deployed. They now have small hand-sized drones to track the enemy called Ravens, so the technology has really advanced.

Are you working on a painting of this movie?

Yes, stay tuned. I have a vacation and then going to finish a painting on the subject. 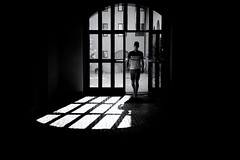